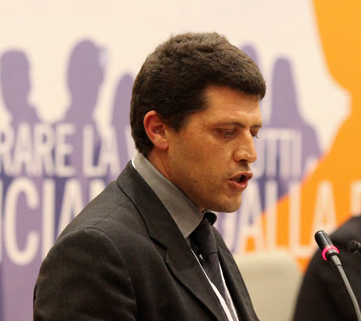 The vice-president of Casa Benvenuto, a NGO that receives migrants in Italy, Simone Andreotti, 42, spoke with exclusivity to MigraMundo

A migrants fear, in Europe, does not have a rational base. It is what says the specialist in migration issues Simone Andreotti, 42, to Migraundo. To him, there is a crisis, but it is not of the person who arrives, but it is Italy’s, that does not have the capacity of receive them.” Andreotti was one of the responsibles for a UN Refugee Angecy’s camp in Albania, in 1999, during the Kosovo war. Today he is the vice-president of Casa Benvenuto, a NGO that receives and integrates migrant in Rome, Italy.

“The crisis in Albania had a beginning and an end, because it was linked with a specific war. But the situation in Africa has no end and, consequently, without a way back home to those who escaped.” Between 2014/2016, according to CB figures, 91 people were welcomed, 36 of them asylum seekers, 14 under international protection, 20 under humanitarian protection and 2 with a subsidiary protection and 18 waiting for the italian Justice feedbak

Pakistan (28), Senegal (9), Egypt, Bangladesh, Mali and Palestine (5 each one) are the majority of the received nationalities; Gambia and Republic Democratic of Congo follow this list with 4 people, Somália, 3, and Nigéria, 2. [Last week, MigraMundo told the story of the one of them, the Nigerian artist Abeeden Fasasi, read it here].

Andreotti informs that  20% of these migrants were in fragile psychological and sanitary condition. The NGO, supported by the italian Home Office and that also belongs to the Protection System of Refuge and Asylum Seekers, offers psychological, social and legal support and Italian classes. According to CB,  the received people stay with them for a period of time around 9 months until they got a stable way of living. From those 68 that left, 47 have a stable job.

Read the interview below, where Andreotti talks about the  “italian silence” facing a failured welfare, “ the Italy’s ineficiency in integrate and receive” the migrant and also the irracional fear built by the politics in Europe due to get votes. “There is  “a ineficácia da Itália em acolher e integrar” o migrante e também do medo irracional que a política, na Europa, anda criando para conseguir votos.  “The crisis exists, but it is not from the person who comes, it is Italy’s, that doesn’t have the capacity to receive and either create a welfare to everybody.”

MigraMundo – Italy has increased in number of migrants over these past years. Do you think the country has been given a good response to these people who has fled from their countries?

Simone Andreotti – Italy lives a big delayed in terms of a sound and efficient system of reception – a system that does not imply only in emergencies. Lots have been done over these past years, but it was not enough.

S.A – The only solution is to open a legal way for the asylum seekers who left the ‘transit countries’ [where they departure to Europe, normally Libya, Syria, etc] to get in Europe – and then we would not have the smugglers. The asylum seekers should be received in European embassies though in those transit countries and then, there, they would get a permission to travel, legally and in safety, to Europe.

M.M- Do you believe that humanitarian corridors can be a long-term solution for Europe?

S.A – Yes, absolutely, if it would be extend also for all asylum seekers and not only for some nationalities. [Today, the European law allows only people from Afghanistan, Syria and Libya to get a visa before travelling to Europe – what it is called ‘humanitarian corridors’].

M.M-  Do you think the support – and the political willing to support-  for the migrants will suffer because of the Italian general elections? Why?

S.A – I believe that the main problem is the low level of politics. It does not have an open vision in a matter of long-term solutions to the migration issue. It always answers ineffective to it, always rounding in circles and never creating a truly and stable system of reception and integration. It is about a limited vision of politics though as a whole.

M.M –  In the UK, we have Brexit based also on the migration issue. In US, Trump won the election with a speech against foreigners. In France, we have Le Pen in the 2nd round of the general elections. Why do you think Europe has changed so profoundly its view of the migrants?

S.A – Mainly for media and polling reasons. Due to get votes, they create fear, a fear that does not have a rational base. And, in the same time, for not having the capacity of creating a reception and integration system – a good one – the migrants are seen as a problem to society and to politicians. Instead of solving the issue, they create a dreadful, untruly and out of context slogans.

M.M- Many politicians and specialists call this migration movement toward Europe “crisis”. Would you call also a “migrant crisis”? Why?

S.A  The crisis exists, but it is not from the person who comes, it is Italy’s, that doesn’t have the capacity to receive and either create a welfare to everybody. The crisis exists because of an Italian problem and not because a person came to Italy fleeing from war. “The ‘welfare’ does not work for the Italian people thus cannot work for refugee either” [, they think]. But instead of understand that the migrant are an opportunity to make the welfare work, they put themselves in silence in front of a welfare that does not work for anybody.

M.M –  Are the situation of the African migrants worst or better  than that one that you saw in Albania, in 1999, when you worked in the Karavastas camp?

S.A – The crisis in Albania had a beginning and an end, because it was linked with a specific war. But the situation in Africa has no end and, consequently, without a way back home to those who escaped. 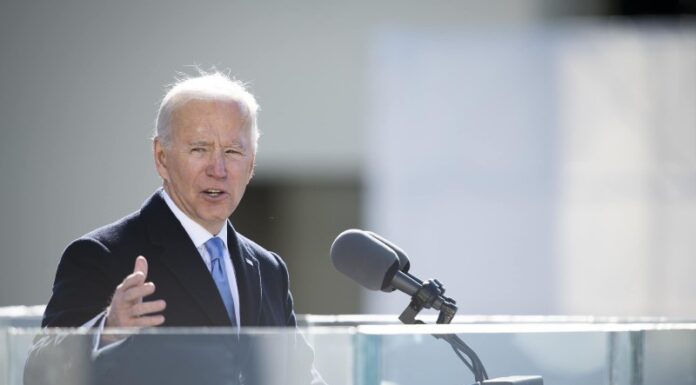